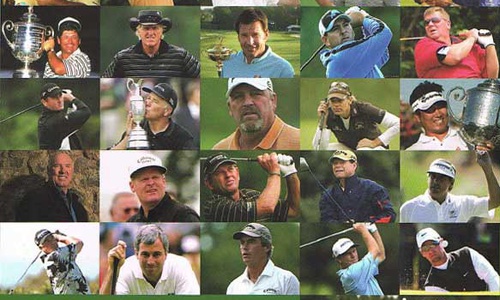 ——YLQ Golf Course will present a new face to the public

“The lion is the king of the forest largely because it has the great courage of bravely facing the world.” The 12-year old YLQ golf club has already entered into a mature period and it is well known that turning a suburban land with a beautiful environment into a high keynote golf course which can represent the image of metropolitan golf ball, can’t do without leaderships of artistic quality, technical integration and delicate service. However, people of YLQ golf club is not content with the past achievements, upon which they are making a big move to help it scale new heights.

As China’s golf steps onto the international arena, gradually into a new stage, Chinese golf players will have to boost their skills and knowledge, and of course, it goes without saying that golf courses in China need to be upgraded as well. Currently, most of China’s golf courses will improve themselves and then pursue the superior quality. And it is great that some golf courses will compete for the international market. The remodel of YLQ golf club this time will undoubtedly bring about a new model, a better environment as well as better service to Tianjin Golf. Now a large number of golf players are showing great interests on the future blueprint of YLQ golf club to be renovated.

To survive in the era of “select the superior, eliminate the inferior”, a golf club must withstand pressure and the fierce competition and overcome difficulties, and the only way out is remodeling and upgrading. Remodeling, means break the old-fashioned mode and ideas and keep abreast of the times; upgrading, stands for inject new blood to a golf club to contend against strong opponents, thus it marches toward a higher quality and status.

The existing golf club has gained a fabulous reputation, which witnessed a renovation on C-D course in 2006 and by 2007 the C-D course was all-around open that attracted many members. Every day not only Tianjin local people came to YLQ golf club to play golf in an endless stream, but also non-local people from other cities frequently visited there. Moreover, there were so many Tee Time reservations for weekends that someone had to call the golf club in advance if he or she wanted to play golf on Saturday or Sunday. Recently, YLG golf club is ready giving people new changes and a bigger surprise: YLQ golf course is going to invest a large amount of money in rebuilding up YLQ golf course and completely shut down the golf club on November 30th, 2011, and commence construction in December. YLQ golf club will become one of top golf courses in the world after being remodeled, and the most direct effect is that the benefits of all the members will be substantially improved and sufficiently protected.

As invested by the people of Tianjin, YLQ golf club boasts eyes-friendly landscapes, comfortable clubhouse, spectacular golf course and thoughtful service that form the best tribe of life, and people inside the golf club have no intention of walking out while outside people are very eager to walk into the golf club. So to speak, it breaks new ground for Tianjin golf cause and is the most comfortable and warmest home to members. The relationship of people is the most powerful multiplication in the world. It is a kind of invisible asset, but also a type of potential treasure. Quite a lot of successful businessmen deeply realize the significance of relationship resource to their success careers. With that good resource of human relationship, they can enjoy the fruits with making less effort. Nevertheless, they set sight high and are ambitious for establishing a premium brand for YLQ golf club to enter into the advanced ranks in the world.

YLQ golf course is majestic and magnificent owing to the length and breadth of its land, plus, it becomes sacred because of well-known golf masters playing there. The most exciting thing is it will be a 27-hole golf course after being remodeled, and each hole will be designed by those golfers who won the four grand slams of Golf. Besides the invitation of top golf stars in the world, it employs IBI Group, which is second to none in the urban planning and architectural design in the world, as the company of overall planning and design to realize the goals below for its resort development: firstly, make its resort be a resort of superior quality that is up to the standard of holding international conferences such as G8 and G20 and so forth; secondly, make it be capable of hosting international cultural exchanges; thirdly, offering reception services for the international golf tournaments held by 27 golf club; fourthly, providing business elites from all over the world with the best environment for business and leisure; fifth, take advantage of the existing natural environment to turn it into a hospitable residential area that is close to nature, distinctive luxury, private, tranquil and comfortable.

YLG golf club will do its utmost to meet the requirements of hosting international conventions like G8 and G20; meanwhile, it will enhance the investment environment of Tianjin and make contribution for members to play golf on a more international and standard course. The tomorrow’s YLG golf club will strictly follow the conditions required by internationally renowned golf courses, to build up an international convention center, a five star hotel, a senior clubhouse and bleachers for spectators as well as traffic routes, so as to successfully hold world-class golf tournaments in years to come.

Let us vision together: YLQ golf club will uncover its veil and show a new but surprisingly beautiful face that dazzle people’s eyes by June, 2014. It is going to the one and only in the world that can fully display the world golf cultures and feast the eyes of people globally, who are in the golf circle and will rush to enjoy playing golf in the golf resort of super standard. At that scheduled time, it will make faultless preparations for the PGA championship held in September 2014, as well as some other future PGA tournaments. And it will be named “27 Club”! The “27 Club” golf resort will boost itself by leaps and bounds for the promotion of China’s golf cause, and establish a new milestone and write the new history of the world golf industry.

Yesterday, they composed a volume of struggling music movement. Several spring and autumn, how brilliant it is! Today, they are making a whole new myth come true. With talent given by the god, who can compete with it? Tomorrow, they will hand over a paper with perfect answers. Witnessed by history, who can deny it?